Pastor Susan Strouse is a native of Pottstown, PA (near Philadelphia) and is a graduate of Antioch University/Philadelphia (B.A. in Human Services) and the Lutheran Theological Seminary in Gettysburg (Master of Divinity) She has previously served congregations in Buffalo, NY and Novato, CA. She has been at First United since December 2004.

In 2005 she received a Doctor of Ministry degree from the Pacific School of Religion in Berkeley. Her area of study and interest is interfaith theology, particularly working with congregations and clergy to explore the meaning of being a Christian in our religiously diverse world. She served as the Interim Executive Director of the Interfaith Center at the Presidio in 2011-2012.

Pastor Susan can be reached at Pastorsusan@fulc.com 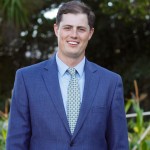 The Rev. Anders Peterson is the Founder and Community Chaplain at Middle Circle, a new community initiative fostering Curiosity, Community, and Social Good in the San Francisco Bay Area.

He is passionate about accompanying those on the margins, pondering the profoundness of life with others, wrestling with the religious traditions we have inherited, and fostering community with folks who often identify as spiritual but not religious. In his free time Anders loves to brew beer, downhill ski, travel, surf, and sing love songs to his wife, Michelle.

Anders has a Master of Divinity degree from the Graduate Theological Union and Pacific Lutheran Theological Seminary in Berkeley, CA; a BA in religion from Gustavus Adolphus College in Minnesota; and a certificate in the Art of Spiritual Direction from the Mercy Center in Burlingame, CA. He is a former FTE Fellow and Fund for Leaders recipient; and is a mission developer with the ELCA, First United Lutheran Church, and the Sierra Pacific Synod.